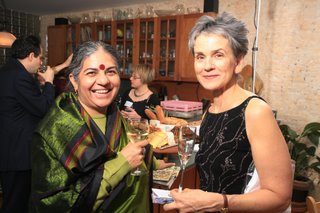 Thanks to everyone who helped make our fifth anniversary of the Small Planet Fund such a great success. You can see images from the party here and on flickr, too. We will post news about the final amount we raised shortly. In the meantime, there is still time to make a tax-deductible donation before the end of the year! --Anna