Who Chopped Those Broccoli Florets? 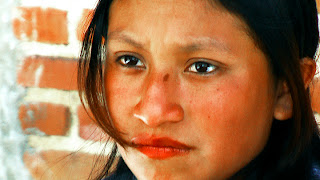 You might be surprised to learn that it quite possibly could be a 13-year old living in Guatemala.

Today, the National Labor Committee released this damning report about rampant rights abuses of children in produce processing plants in Guatemala, with children ages 13 to 17 working long hours for little pay in often dangerous and debilitating conditions. And where are they sending all that cut broccoli, melons, and pineapples? Four million pounds of it, the NLC writes, gets exported to the U.S. via Sysco, ending up in schools, hospitals, and prisons.
The report and this New York Times article go public just as advocates are gearing up to push our elected officials to consider the rights of workers and all eaters as they redraft, and set funding levels for, the national Farm Bill. Some of the policies being pushed--and which seem obvious no-brainers--are procurement policies that would allow states to prioritize local fruits and vegetables when they're making purchasing decisions for schools and other institutions. No-brainer to me, maybe, but apparently a big fight.
If you'd like to learn more about what people are doing to push for a Farm Bill that respects workers rights and ensures that all of us -- no matter where we live, or how much we make -- has access to fresh, safe foods, check out the Community Food Security Coalition and the Food and Farm Policy Project.
Hear more about the report from Democracy Now! transcripts of Amy Goodman's interview with NLC Executive Director.