I'm sitting in a hotel in Anhui Province, about midway between Beijing and Shanghai, where even this very basic hotel has a super fast ethernet connection. As I type, I can hear the honking of cars, buses, pedicabs, and bikes as they pass each other on the road outside my window.
I'm here to learn about the sustainable development projects that Heifer International has been developing. I'll post here some more reflections on the trip, but after a 12+ hour-day, I'll just post some pictures. 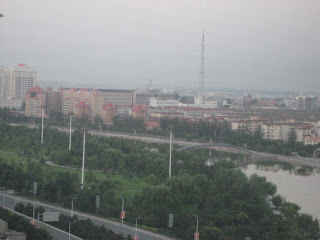 view driving into beijing... the haze is the air pollution that has made china one of the world's worst greenhouse gas emitters and means that only 1 percent of the country’s 560 million city dwellers breathe air considered safe by the European Union, according to this NYT article. 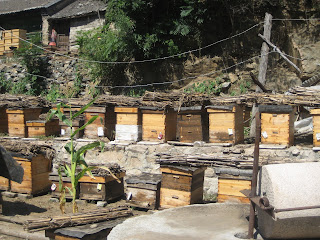 The bee hives of one of the farmers in the Miyun Province (a few hours outside of Beijing) who have benefitted from Heifer support to purchase what they've need to transition from sheep raising to bee keeping. (A few years ago the government decreed that farmers could no longer use the mountains in this region for grazing or farming; the erosion had caused a series of the worst sand storms in the history of Beijing. A decision which may certainly have helped the environment, but that cost many farmers their livelihood overnight.) 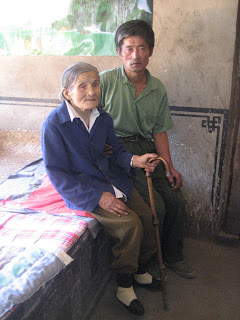 The bee keeper and his 86 year-old mother who graciously invited us into their home. 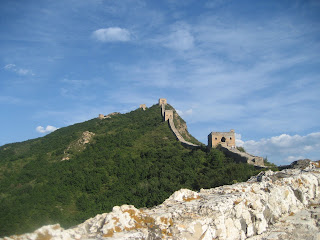 Later that day, we head out to hike the Si Ma Tai portion of the Great Wall. Though it's only an hour or so from his home by car, he's never been--it would be too expensive. As we're leaving the parking lot, I turn back for one last glimpse of the Wall and see in the foreground a bumblebee yellow H2 Hummer. 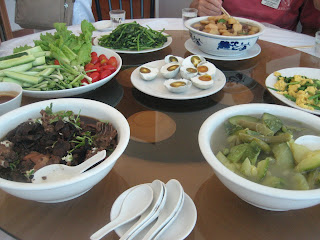