What Difference Does Organic Make (Really)? 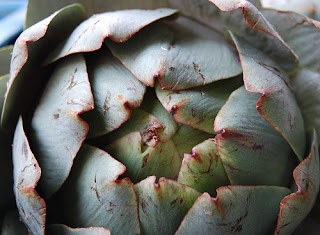 Maybe you’re puzzled, like me, by the headlines that keep popping up, asking some version of “Is it worth it to choose organic?” I remember first stumbling on a newspaper headline posing a variation of this question more than seven years ago. Ever since, I’ve read dozens of articles, all with a similar message: The science is complicated — journalists equivocate. More research needs to be done, they add. The average reader is left scratching our head.

So, is it worth it? Sure, we need more science; we can always learn more. But these articles are confusing because they ignore what we already know. And what is that?

Well, we know that our country is blanketed with pesticides every year. By last tally in the United States, we sprayed 1.2 billion (yes, that’s with a “b”) pounds of “active” ingredients in pesticides. And we know that many of these are known to be neurotoxins, hormone disrupters, or probably carcinogens. And we know that millions more pounds of so-called “inert” ingredients are sprayed annually, with the same not-so-lovely effects on wildlife and human life. But we can’t even estimate the amount because companies are not required to disclose them.

What else do we know? We know these pesticides are unnecessary. Organic practices lead to abundant bounty. Just ask Jules Pretty, and his team at the University of Essex in England, who compared productivity on organic and non-organic farms globally, and found that organic farms performed equally well, if not better, in every country they evaluated. Plus, many of the hazardous pesticides we use in the food system are used just to get our produce looking pretty, anyway.

We also know this: Kids are the most vulnerable of all. Why? Because, pound-for-pound, children eat and drink more than adults. They also have more hand-to-mouth contact. (Spend any time with a baby and you’ll know how quickly everything they touch goes one place: into their mouths). The immune system of kids is also less developed and so provides them with less protection. Plus, children tend to eat more of specific fruits and vegetables, so their exposure to particular pesticides can mount quickly and be particularly high.

We can all think of examples; I need only think of my little brother who was a rabid apple juice fanatic. On the day he was leaving for his first cross-country adventure to visit our grandparents, his only question was “Is there apple juice in Jersey?”

Researchers have also found that turning to an organic diet can have a measurable impact on kids’ health. Researchers in Washington studying preschool-age kids found that those with organic diets had lower levels of organophosphate residues than their non-organic munching classmates. As soon as those kids switched their diets to organic, the researchers found a marked decrease in this pesticide residue. As one of the study’s authors pointed out: “Organic produce appears to provide a relatively simple way for parents to reduce their children’s exposure to pesticides.”

So what can we do to reduce our risk and our kids’ risks? Thankfully, it’s really quite simple; we needn’t scratch our heads at all. We can choose organic every chance we get.