Urge Your Senators to Support Food Aid Reform in the 2007 Farm Bill! 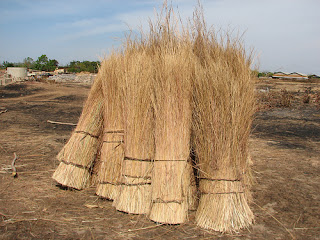 Each year millions of tons of food are shipped from the United States as food aid to respond to crises resulting from droughts, conflicts and severe poverty. While there is little doubt that this aid has saved countless lives, it is also clear that the US program - where most food aid is purchased and bagged by US agribusinesses and shipped by US shipping firms - designed over 50 years ago when the US had abundant food surpluses to dispose of, is enormously inefficient.
A study by the US Government Accountability Office found that rising business and shipping costs have meant that the volume of food aid delivered over the last five years has fallen by more than 50 percent. CARE, one of the world's biggest charities, has just announced that it is turning down some $45 million a year in federal financing, saying American food aid is not only plagued with inefficiencies, but also may hurt some of the very poor people it aims to help. Deliveries of in-kind food aid can undercut local farmers' crop sales, especially when they arrive late, after a new harvest. Changing the way at least a portion of US food aid is purchased could make a huge difference for food aid recipients in countries and regions around the world.

A recent New York Times editorial says, the virtues of purchasing food in recipient countries are self-evident and need full Congressional support! Call your Senator today and let them know that you want them to support the proposed change in the 2007 Farm Bill which would allow for 25% of emergency food aid purchases under Title II to be provided in cash for local and regional purchase rather than as commodities purchased in the United States and shipped to developing countries. To learn more click HERE.

From the Oakland Institute