Marin: A Dinner with Farmers and Friends

We got to dine with some of our heroes tonight, including UC Berkeley professor Ignacio Chapelo, Jerry Mander (of Four Arguments for the Elimination of Television fame), and Deborah Koons Garcia, creator of The Future of Food. The event included a celebration of the work of Marin Organic, which among other cool projects in the county, gleans organic produce from area farmers and delivers it to public schools. In just a few years, they've upped it to 40,000 pounds annually. --Anna 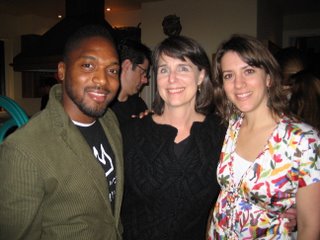 Bryant, Deborah, and me. 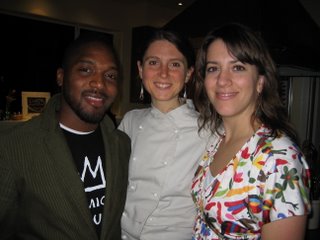 The amazing food was prepared by Ali Ghiorse (picture here), a genius in the kitchen.